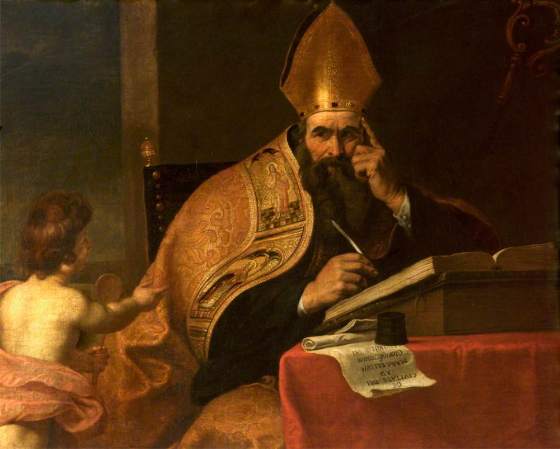 It is from the beginning of his prologue on the Homilies on the First Epistle of John that Augustine explains in his usual rhetorical grandeur that, “as in this same Epistle, which is very sweet to all who have a healthy taste of the heart to relish the Bread of God, and very meet to be had in remembrance in God’s Holy Church, charity is above all commended. He has spoken many words, and nearly all are about charity.”[1]Matthew Levering in his book, The Theology of Augustine, explains that from the beginning of St. Augustine’s discourse on the examination on the Epistles of John that “1 John should ignite a fire of love within us.”[2]

Augustine wrote and preached these homilies during the Easter season around the age of 53 in 407 A.D.[3]Levering indicates that these homilies can be broken into two different sections with the first being homilies one thru five and the second half being six thru ten.

The subjects of both sections of the homilies deal with the disagreement with the Donatist faction of the Church in North Africa. In the first section, Augustine deals with the particular disagreement of the Donatist that claimed that priests to confer the sacraments of the Church must be without the blemish of sin during their entire life. Naturally, Augustine with the beginning third of his life living a life of hedonistic sin took issue with the Donatist position of an unblemished life, although Augustine did agree that a Christian should live a life of Charity.[4]Furthermore, what Augustine understands is that the priest stands in persona Christi and as Alter Christus when he confers the sacraments of the Church, which is why he argues with his Homily on John 5.5 that “Proud Ministers are reckoned with the Devil. But the Gift of Christ, which is pure and flows through them, is not thereby contaminated.”[5]

The Catechism of the Catholic Church teaches in regards to the priesthood:

1550This presence of Christ in the minister is not to be understood as if the latter were preserved from all human weaknesses, the spirit of domination, error, even sin. The power of the Holy Spirit does not guarantee all acts of ministers in the same way. While this guarantee extends to the sacraments, so that even the minister’s sin cannot impede the fruit of grace, in many other acts the minister leaves human traces that are not always signs of fidelity to the Gospel and consequently can harm the apostolic fruitfulness of the Church.[6]

What is important for many of the faithful to realize is that although priests by virtue of the sacrament of the Holy Orders act In Persona Christi and the imprint of their ordination is forever, they are still men in the sense that they’re still affected by concupiscence which can lead them to sin. In our present age, as the scandals of the Catholic Church reveal the sins of many who lead the Church, it is the place for a well-catechized laity to help steer the ark back on course like those such as St. Benedict of Nursia or St. Catherine of Siena.

As explained by Levering, the second section of the Homilies tackle the division of the Donatist into a solely regional Church. Augustine would rebuke this as contrary to the Gospel and the letters of St. Paul. Of course, he would do so in lieu of Christ’s command at the end of the Gospel of Matthew to evangelizing the faith:

18And Jesus came and said to them, “All authority in heaven and on earth has been given to me. 19Go therefore and make disciples of all nations, baptizing them in the name of the Father and of the Son and of the Holy Spirit, 20 teaching them to observe all that I have commanded you; and behold, I am with you always, to the close of the age.” [7]

During the end of the 20thcentury and carried into 21stcentury, as Christians continually live in an increasingly secularized culture in the west, these particular Christians act as if Jesus is some distant concept, but the Incarnation is the spoken Word of God. The spoken Word is still among us. He still commands us to obey His commandments. He is present in the Church; its Liturgy, its sacraments—especially the Holy Eucharist, be reminded his last words in the Gospel of Matthew, “behold, I am with you always, to the close of the age.”

It is important to reinterpret Augustine’s critique of the Donatist’s nationalist/ethinic churches (which still do exist: Church of England and eastern Christianity) into a critique against the increasing relativism that seeks to prevent the evangelization of the Gospel in our current cultural climate. It’s a critique need at the very least to ask why some Catholic schools seek to remove statues of missionaries or cover up historical paintings of the evangelizing the faith in the Americas, as to not offend the seemingly new puritan ideals of what is acceptable expressions in the culture. Again, it’s not a critique to ignore a great number of atrocities that occurred; however, it also does not follow that all Christian missionaries were responsible for humanitarian crimes. Of course, many will hear still the horrors of colonization, but we’re experiencing nothing different from those very sentiments as occurred in the past of competing world views attempting to gain a foothold in the current culture. If Christ is the savior of the world? Isn’t it uncharitable not to evangelize the faith?

All baptized Catholics are baptized into the common priesthood of Christ: priest, prophet, and king.[8]As being baptized into the role of prophet, the Catechism teaches it is the duty of the “905 Lay people also fulfill their prophetic mission by evangelization, “that is, the proclamation of Christ by word and the testimony of life.” For lay people, “this evangelization … acquires a specific property and peculiar efficacy because it is accomplished in the ordinary circumstances of the world.”[9]

[8]CCC 1241: The anointing with sacred chrism, perfumed oil consecrated by the bishop, signifies the gift of the Holy Spirit to the newly baptized, who has become a Christian, that is, one “anointed” by the Holy Spirit, incorporated into Christ who is anointed priest, prophet, and king.”

Pilgrim of Christ, Husband, Father, Catholic Catechist, and an aspiring historian. View all posts by Phillip